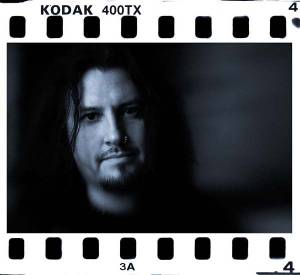 Rise To Addiction are the rising stars in the UK's once glorious metal scene, founded by the John Slater and Steve Wray, the guitar team behind Blaze Baylay's three solo albums.
The band's debut album – A new Shade Of Black For The Soul was released recently, and it's already being heralded as the album that might save the UK's metal scene from it's current state of mediocrity. Combing American tinged hard rock with some heavier, groove-thrash elements, the album also benefits from a strong sound courtesy of the ever-dependable Andy Sneap.

In order for us to know them a bit better, Steve Wray was kind enough to sit down and fill us in about the band:

Hey Steve, I wanted to start by asking what is the band currently up to.

Steve: Hi, we're currently writing for our second album and making plans in terms of promoting ANSOBFTS the best we can, including an Autumn tour It's very exciting to be starting writing again, we all really enjoy the creative process.

I read that Bruce Dickinson played Cold Season on his radio show, what kind of a reaction did you get to it, and how did you feel about that?

Steve: It's great that Bruce is playing our music. A lot of people have got in touch since that and said "Hey, did you know that . . . . ." I think that his show has decent amount of listeners so it's great that he's playing our songs.

Why was that song chosen as a single?

Steve: There haven't really been any singles from the album, we did a video for Cold Season, and as far as that goes it has perhaps made people perceive it as a single. It's a good song and perhaps encompasses most of what the album is about. 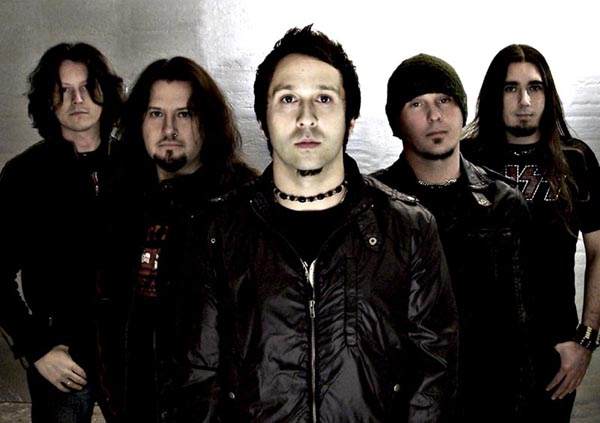 Now some history, the band started out from the band Blaze used to play with, what happened that caused that group to depart?

Steve: John and I left Blaze for a variety of reasons, the original band had dissolved (Jeff had left and joined Paradise Lost and Rob was pursuing his career as a commercial pilot) ... If I'm completely honest I haven't got a great deal to say about it. It was good as far as it went but we knew when it was time to leave it behind. This band has nothing to do with Blaze or the fact that John and I were in that band really.


I understand the initial line up was different than the one that's currently active, why?

Steve: In the beginning it was John and I, Jeff and Rob. As per my earlier answer, Jeff couldn't commit due to session work and then Paradise Lost, Rob stayed with the band whilst he was training to be a pilot but eventually we all had to accept that he wasn't going to be able to do both. At the start of the project I'd asked Andy Sneap if he knew of a U.K singer with a really great soulful voice, something similar to Chris Cornell. Dave Chang (producer) recommended Harry Armstrong to us via Andy and he sang on the first E.P. We knew at the time that Harry had his own band and ultimately felt that we wanted a singer that would commit exclusively to our band. 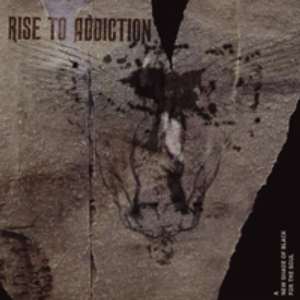 Why is the album called "A New Shade Of Black For The Soul"?

Steve: We tried a few titles out but we wanted a title that said something about the music, they way that it feels. It really is about marketing to a point.

Why did you sign to veteran label "Mausoleum" instead of a more contemporary one?

Steve: Mausoleum were the first to offer us a deal, there were other parties floating around but none of them came up with the right offer when the chips were down.

There's a lot of American hard rock influences evident in your music, what bands or styles influenced you the most?

Steve: Impossible to say, personally i have always felt that American bands sound great, there is a confidence in what they do that seems to spill over into the music. I wouldn't say that we are especially American sounding though. I think Joe Elliott summed it up quite well years ago, Def Leppard it seems always appealed to Americans but they didn't really sound like any American band you could name , not deep down. They always had/have a rougher edge that you can't get hold off - unless you're British. I hasten to add, .Though we don't sound like Def Leppard!

You used some heavyweights in producing the album, why were they chosen, and how was the process of working with them for you?

Steve: We used Andy Sneap (he'll be alarmed to hear you think he's a heavyweight, he spends hours at the gym!! :-)) John and I have worked with Andy on 4 albums and the E.P (and now our album, which makes 5)-we are good friends . . .Andy came to see us at the Bloodstock Festival in the UK, we got drunk and partied. He called me up on the following Monday and asked when we wanted to start work on the album.

The British rock and metal scene has very few new bands succeeding in the local market, which is mainly dominated by American bands, do you hope to change that situation?

Steve: Interesting point, to be honest there are very few rock bands (stateside or otherwise) succeeding in the UK. Of course we hope to change this situation! 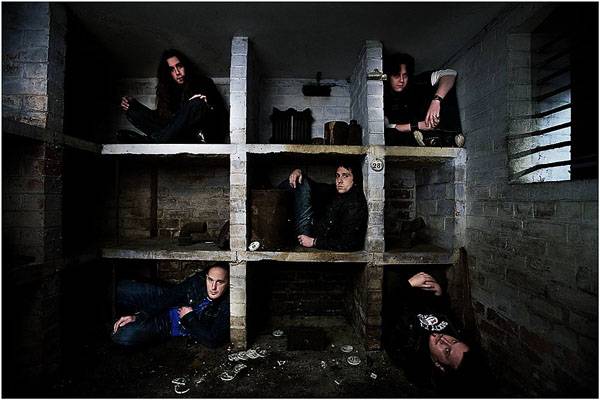 How well is the local media treating you guys?

Steve: Really well actually, we are waiting on reviews from a couple of magazines but overall the feedback from the album and tour has been incredible.

You've held a listening party at a local pub in Yorkshire, why there? Are you local of the England's north?

Steve: Yes we are. It's our local pub. It really was planned to be a party for ourselves which grew into something else. It was great, people travelled from all over to come and hear the album.


How much have the local floods in that area affected you?

Steve: They haven't affected any of the band members. John lives nearest to where the worst floods are, but he lives on a hill and has almost got the roof built on his Ark, so all is well. 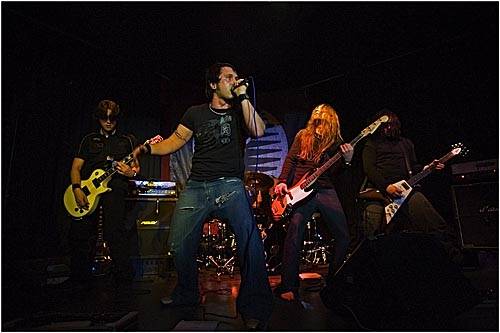 You recently did a lot of live shows, including in support of Trouble, how did all that go for you?

Steve: Amazing, great guys, great tour, great reception from the fans each night. We've answered a ton of weird questions regarding why we were supporting Trouble when we are not a "doom" band . . well, ladies and gentleman, boys and girls : Trouble are not a doom band (whatever the hell "Doom" means anyway!?) they are just a great Rock n roll/ Metal Band.
Good songs, good players. . . same as us.

I understand you're scheduled to play Bloodstock 2007, what are your feelings about that?
Steve: It should be great fun, I'm really pleased that the type of acts that Bloodstock have is diversifying.


Finally, now that the album is out, what do you hope to achieve with it?

Steve: I hope that people will buy it, how else did you expect me to
answer that question? ;-) Thanks for the interview and your support !