Disillusion – a band that until now was know only for its debut full-length "Back To The Times Of Splendor"; an album we've all recommended to our fellow metalheads or have gotten recommendations for. Some thought this was a "one album band", but on 2006 Disillusion surprised both optimists and pessimists by releasing a rather different album – "Gloria". I caught up with frontman and multi-instrumentalist Andy Schmidt, A.K.A Vurtox, for some questioning.

First of all, how are you? What have you been up to in the last couple of weeks?
Hello, thank you, we are alright. As you might know, our drummer Jens has left the band with the beginning of the year. So, we were rather busy managing everything regarding that. A new website is also in progress - so, a lot to do.

Where was your latest show and how was it?
The last show was Dec26 in Kassel / germany. It was good. Xmas shows always have a special feel I believe, that one, too. 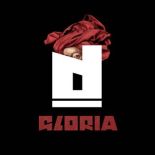 After listening to your new album "Gloria" many times I must ask - why did you decide to take such a different direction from your previous material?
It was not necessarily a decision we made when starting to write the material. The idea after BACK TO TIMES OF SPLENDOR was to make an urban record after having done the counterpart with BTTOS. The mood was to be cold, with a scent of concrete, street noise, being left for yourself amongst a million others ... stuff like that. So, it was necessary to adapt the music to that setting of GLORIA. We started very swiftly to write without getting too much into detail. The result was mountains of material within only five weeks - and the feeling of the record. And to be honest, the following months we basically just finished up the ideas and mood of those 5 weeks.

What was the writing/recording process of the new album?
As I said, the first weeks were really good. The 12 months afterwards were a pain. At some point we decided to record the initial ideas only. But that was quite late in the process. Recordings went really fast, only 6 weeks or so, which was totally different to anything we had done before. Usually recordings of Disillusion material take months and months. Not this time, at least after we decided what and how to record.

What responses did you get on it so far?
The good thing about GLORIA is that people either love or hate it. Seriously, the range of responses goes from "album of the year" to "complete crap". You make your own picture. Fact is, GLORIA is a record you have not heard before. It is new. And not just a new blend of styles. That addresses people, but some even feel offended when they do not get what they expect.

How is your next album going to sound?
Good *laughing* 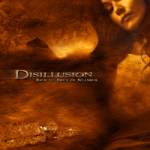 "Back to the times of splendor" oriented in Swedish death metal, Viking/Folk/Black metal and some Thrash (as far as I can say) - What are the orientations in "Gloria"?
Musically, there were only a few. Of course, GLORIA is way more electronic than anything we had done before. But that choice was more about the year 2006 and the setting we wanted the record to play at. What I mean is, we definitely wanted GLORIA to be modern soundwise and also telling the right story. There are not too many albums we could refer to for advise.

The material on "Gloria" is quite complex and multi-layered - how did you manage to play it live with only three members in the band?
Yes, it is. When playing live the material is way more rock'n'roll and a wall of sound. In a couple of weeks I am sure we can announce a new bass player. Then we are 4 people on stage. That helps of course. Then again, most parts of GLORIA were made to play them live. So, it is not that hard or strange to play live.

Is there a chance for a show here in Israel? Many people like your music here.
Let me tell you, we would love to do that !!!! Disillusion are growing with every month. There is no way of telling. where it might lead the band in 2007 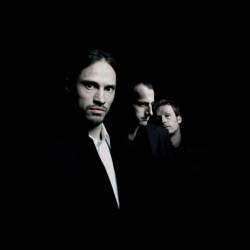 Why was there such a long period of time between your two full-lengths?
Well, we did a lot of promo for BTTOS and played a lot of live shows, did a European tour with Amon Amarth and so on. In february 2005 we started writing GLORIA which was only 10 months after releasing BTTOS. I don't think that's a long period for a mental break. Maybe the next record will come quicker!

On "Back to the times of splendor" each song had a concept/story behind it, is it the same with "Gloria" or is there a concept behind the entire album?
Not more than I outlined before, about the urban aspect.

How did Disillusion start?
Oh man, that was 10 years ago - completely different. in 2000 we reformed with the current line-up here in Leipzig / germany. In a couple of weeks we will have the band`s history back online at our official website.

What is your opinion on today's metal compared to when you started listening to it?
There are too many bands, too many self-recorded stuff, too much mediocrity ...

What are you listening to these days?
Right now a lot of Mastodon, Tool, and Dredg...

Is there any artist - dead or alive- you'd like to collaborate with?
Johnny Cash maybe.

"Gloria" has already been leaked to the web, do you think the fact it's being file-shared is a good thing for Disillusion or not?
Up to some point it is , indeed. But, when people decide – "hey, I like that album and will listen to it" - then they should go out and f**king buy it. If they do not, then they should not wonder, why bands go broke all the time, or budget for recording are being cut, and the quality of the albums grows less. I, personally, am a little old-fashioned about it. I love the idea of going to a store and listening to 15-20 cds and then buy whatever I like. The amazon thing with the 20 or 30 second samples is definitely not good for Disillusion, because the central message of any song of the band comes only with the complete picture. I don't know how many potential fans we miss, because they only get the 30 second appetizer.


That's all! Thanks a lot for your time, thought and effort. I wish you all the best.