Alternative-zine: What pushed you towards being musicians? Do any artists in particular have to do with it?

Frank: My love for music and will to experience in dealing with it.
Anneke: Since I was young, I have been wanting to be a musician. Each member of the band has chosen making music it as a way of life. I reached music through Madonna and Prince.

Alternative-Zine: Reflecting back, how do you view the early material of the band?

Frank: In the past, we were influenced by darker music. All in all, I think the music we played was good. Sometimes we listen to our older albums. 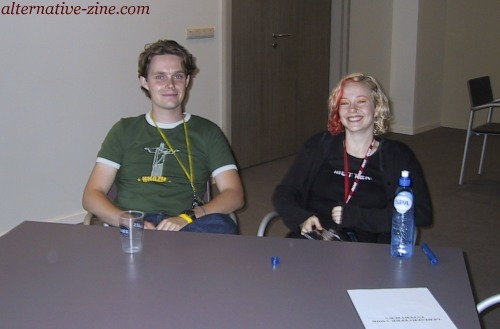 A: Will the gig you will be performing today be in a different manner, considering if the character of the festival ? (EuroRock Festival is inclined towards Gothic and Dark directions)

Anneke: We will omit several songs for not fitting the character of the festival properly.

A: Has nay artist in particular changed your approach towards music?

A: What kind of crowd do you expect to show up on your shows?

Anneke: People coming from less “standard” places - arriving from further places. Less of the crowd which views us often, and, perhaps, takes us for granted.

A: You have established your own label. For what reason?

The reason for establishing Psychonout Records is mostly our personal freedom and the ability of determining and making decisions by ourselves, mostly on the creative aspect. Managing your own label is a difficult task, but it is very important to us - complete artistic liberty.

A: You have released the Black Light District EP, and currently work on a new album. Tell us about it.

Frank: We have relelased Black Light District for it has been a long time since the release of our previous album. We wanted to compliment our fans.
The upcoming album features several special guests: Ulver’s vocalist and Pigi of Voivod. The album is due to be released around January 2003.

A: Will you be playing any new songs on today’s show?

Anneke: We will play some new songs from the upcoming album, but none from Black Light District.

A: On the album How To Measure A Planet you have used unusual instruments - Tremin, on Always- a Triangle…how do such instruments fit in your music? Will the upcoming album feature any more surprising instruments?

Frank: We wanted to combine different instruments on several tracks - we don’t see our self obligated to put such on each album. Regarding the upcoming album - it will include DJ scratches.

A: English is not your native tongue. Are you comfortable with being interviewed, and singing, in English?

Anneke: It is easier for us to sing in English. It is a universal language.

A: Do you prefer playing live, or working in studio?

Anneke; We simply enjoy both. Each involves a different kind of pleasure.

A: Do you record your music following detailed reherseals? Are some parts simply improvised in studio?

Some of the music is written in advance, and some of it improvised in the studio. The improvisations are more of experimental material, once we work on it it enters the recordings. We like experimenting. Sometimes, advancely planned parts totally alter when being worked on in studio.

A: Do you everimprovise on stage, during shows?

Anneke: Hardly. We hold to our plans.

A: Do you remember any show in particular?

Anneke: Our gig on Dynamo 96. A significant show on a major festival, in our home country - Holland. We also recall our show in Mexico.

A: Frank, do you recall your gig in Israel? Will it be correct to say it was your first one out of Holland?

Frank: I do remember the show in Israel. It was our first show out of Europe. We have performed out of Holland previous to that.
Anneke: I have heard many stories and experiences of the visit to Israel from other members of the band,

A: Tell us about the upcoming album.

It will feature darker atmosphere. It took us long to record the new material. In fact, we started working on it on the If Then else tour.

A: Finally: what do you do for a living, besides being musicians?

Anneke: Nowadays we mostly earn our living from music. In the past, I used to work in baking.
Frank: I used to work as a carpenter and in construction.

A: Thank you for the interview. have a nice show. 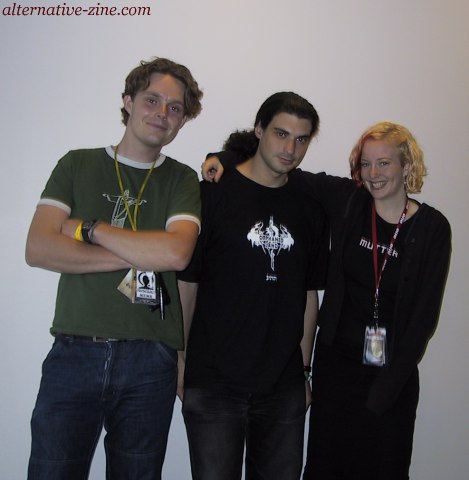 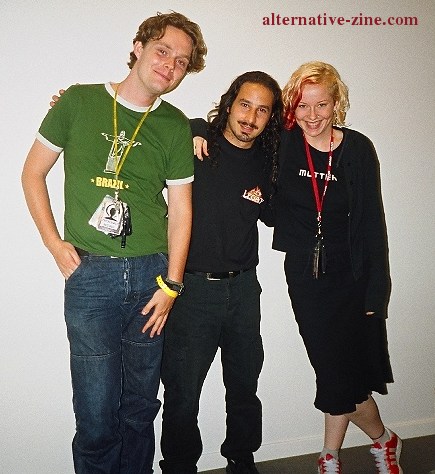