Updated: Paradise Lost will perform a live show in Israel on May 23 at the Ha'oman 17 club, Tel-Aviv 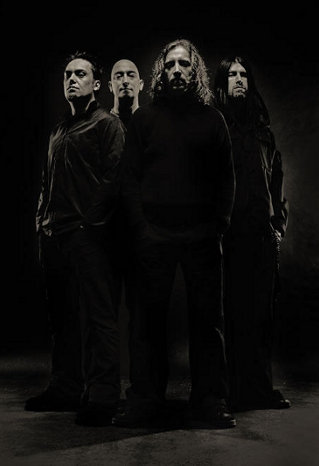 Paradise Lost will perform a live show in Tel-Aviv, Israel.
Lior Kamali, the event producer is arranging a single show that will take place on May 23, 2009 at the Oman 17 club,88 Abarbanel st., Tel-Aviv.
This will be the 5th visit for the band in Israel. the band has first arrived to Israel on 1992 during the tour of their 3rd album - "Shades of god", a year later they have returned on the "Icon" album tour.
On 1996 they played again on the "Draconian Times" tour in Tel-Aviv.
Their last visit in Israel was 2 years ago during the "In Requiem" tour on May 2007.

Last month the drummer Adrian Erlandsson (At the gates, The Haunted, Cradle of filth) has joined the band.