Nightmare to perform live in Israel on April

Nightmare has released 7 albums and now days working on a new album which will be released via Regain records.
The evening will begin with live shows of Solitary who has released the album "Trail Of Omission" 2 years & Dissonant who released earlier this year the album: "Consolidated Reality Fragments". 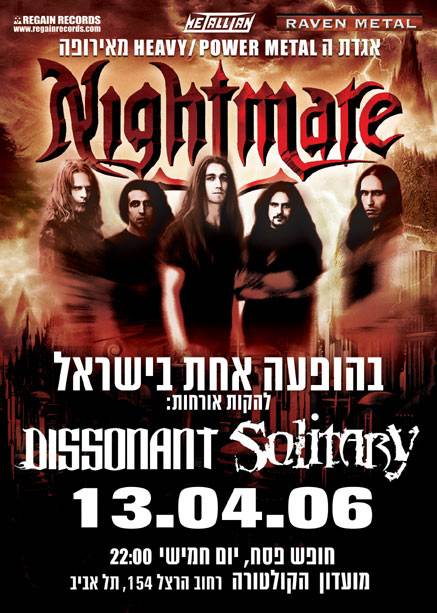 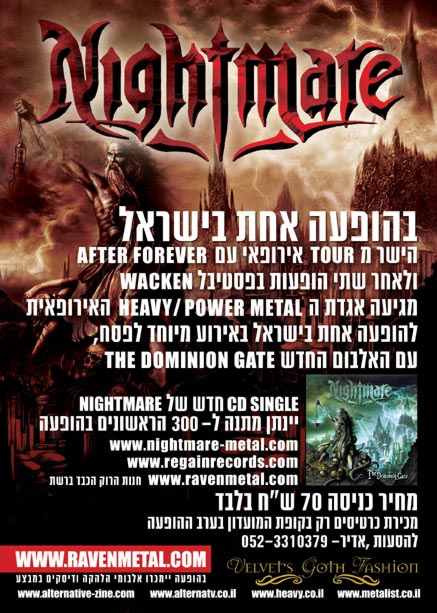