At the dawn of the '90s, SAMAEL emerged with their debut album "Worship Him", setting the foundation of Black Metal for a whole generation. Since then the band continuously evolved into a more sophisticated sound to become a major name in today’s metal music.

After five solid albums and several side releases, SAMAEL established themselves as a creative force and sonic phenomenon. The band discography is a series of highlights: "Ceremony Of Opposites" (1994), "Passage" (1996), "Eternal" (1999). All these releases have been very well received by the international press and unanimously praised by both professional and public listeners. That alone should make SAMAEL worth everyone’s attention. Yet above all, the band is regarded as an unforgettable live experience, a glimpse of which has been captured and released on their first DVD "Black Trip"(2003).

Forged through a decade of constant touring, the reputation of the band’s incredible live performances is well deserved. Hundreds of shows in Europe and America - including numerous festival appearances - continued to build the band’s name. Their new album "Reign Of Light" (October 2004) sees SAMAEL entering another dimension. Recorded in Switzerland, co-produced by long time friend/producer Waldemar Sorychta and mixed in Sweden by Europe’s noted Stefan Glaumann, "Reign Of Light" is their most advanced work yet. 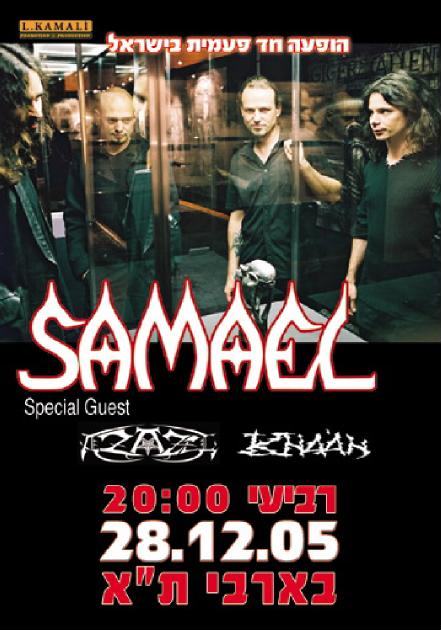 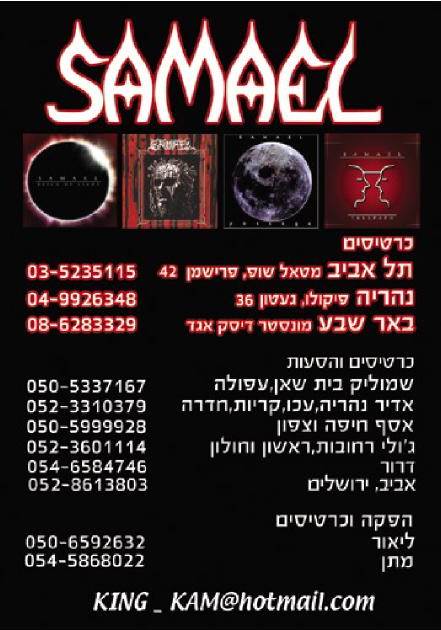