Distorted has posted a new song from the forthcoming debut album

Distorted, the Israeli metal band, has finish the recordings for their debut album - "Memorial" in Sweden.

The band has posted the full version of the song - Redemption. 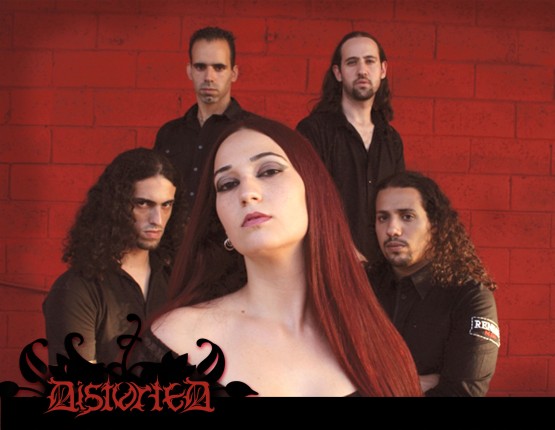 I've listened to this song and if I wasn't aware to the fact that I'm listening to the Israeli metal band - Distorted I could have sworn that I'm listening a Swedish death metal band such as Dark Tranquility. Maybe it is because of the fact that the album was recorded in Sweden. anyway this song sounds great in all aspects: the music, the growling male vocals together with the female vocals and the excellent production which brings a great song. When people read or hear about a metal band with the formula of growling male vocals mixed with female vocals they're usually thinking about bands such as: Paradise Lost on the album Gothic or Lacuna Coil & Theater of Tragedy (early albums) and such. The bands I've mentioned usually Doom or Gothic metal bands while this song of Distorted is more likely a death metal song, and the musical direction is more like Dark Tranquility and even the legendary death metal band - Death, but just with the addition of professional female vocals.
I can only say that it sounds great and can't wait to listen to the full length album, which i hope that shortly will be released on a good record label. Record labels – WAKE UP !