My Dying Bride's brand new studio album will be released
on Monday, 16th of February 2004.
The name of the album will be: Songs Of Darkness, Words Of Light. 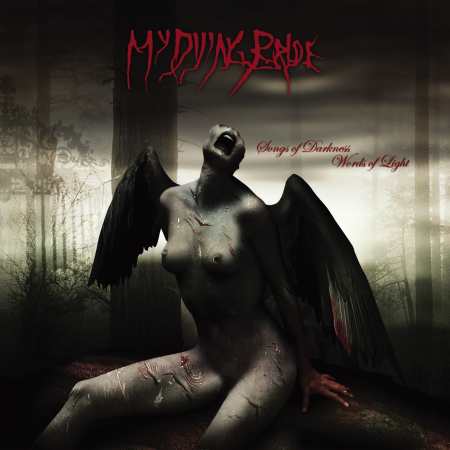 From Peaceville Records:
Already hailed as an MDB meisterwerk, the album marks the full maturity of the band that has grown around the last two albums, finding their feet once again in majestic splendour after their diversion through more technical projects in the late 90's, not to mention the resultant line-up changes.

This piece echoes their crowning early 90's album, Like Gods Of The Sun', bringing with it a light and shade writing process which has thrown up possibly their most commercial tune to date, the graceful My Wine In Silence'.

However, a black fog encases the whole feel of the recording, complemented by the decision to change artistic direction and re-commission ANDY GREEN to do the artwork, as he did for the aforementioned Like Gods' opus. Add to that the fact that the band are currently filming their first video clip since For You', for the track The Price Of Beauty' and you can see why we're excited.

The album was, as always recorded & mixed at Academy Studio in Dewsbury, West Yorkshire, with Mags, again being the man in total control of production duties.

Furthermore, the band recently recorded their recent sell out show in Antwerp, Belgium for a DVD release in the spring. 2004 has MY DYING BRIDE written all over it!