American thrash merchants Torture were considered something of a lost treasure among thrash fans, mainly because of the classic EP "Terror Kingdom" back on 1987. The treasure is lost no more now that Escapi music has re-released the band's full length – "Storm Alert". The album was received with enthusiasm by thrashers around the world, and the band's guitarist and vocalist, Tom Hicks 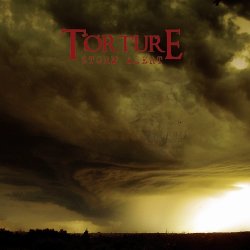 Hey guys, what is the band doing these days?
Hi Alon. The band is active and doing well in San Francisco. We've played a few live shows here with Exodus, Overkill and Dragonlord. We're currently writing material for the new CD and bringing out a few from the "Storm Alert" sessions that never made it.

I understand that "Storm Alert" is out worldwide, how does it feel having the album finally released after all these years?
It's an awesome feeling to finally have the cd available in North America! It was difficult for us in 1989, when the first version of "Storm Alert" came out because the cd was out only in Europe where we never had a chance to play.

How different is the re-mastered sound from the original one?
It's quite a bit different. I re-recorded many vocal and guitar parts that I felt could be better. Working with a pro like Neil Kernon (Nevermore, Cannibal Corpse, Dokken) really helped. "Storm Alert" is basically a series of demos, recorded quickly at 3 different studios, at 3 different time periods, with many different instruments. We kept the original drum tracks to keep the 80's feel. Neil is so experienced in metal that he was able to track everything and mix pretty fast. It's not really a remastering. It's more of a complete re-recording with a new mix and mastering.

When you listen to the album today, what are your feelings about it?
Would you do anything different?
I'm very happy with the new version. It brings back many memories of our thrash innocence. For that reason alone, I wouldn't change anything. It's a good stepping stone for us to build on for the new cd. 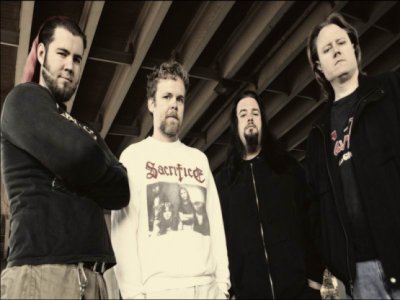 Some history, how did you guys start out?
We formed in 1986 in El Paso, Texas as high school friends. We had the intention of writing our own material and playing locally.

What kind of a thrash scene was there in El Paso when you grew up?
I only lived in El Paso from 1985-1991 but the thrash scene there was tremendous and our fans were incredible! Many came up from Mexico to see us. On a national level, El Paso was never given any attention. Many major metal tours overlooked that city. We had to personally become involved with booking bands like Death Angel and Death and Dark Angel so we could prove that El Paso was strong.

What kind of thrash did you intend to do, what bands influenced you?
Well, in 1985, it was all about Slayer, Metallica, Venom for our "Terror Kingdom" EP. Infernal Majesty, Artillery and Destruction were huge to me when we worked on "Storm Alert" in 1988.

I understand you were first signed to a Mexican label, how did that take place?
A guy named Oscar Castaneda owned a metal record store in El Paso and came out to see us live a few times. He asked us if we'd be interested in doing an EP for a Mexican label he was partners in called Beta Records. We jumped on it! The "Terror Kingdom" EP was recorded in 2 days in Las Cruces, New Mexico and we were just kids and it was exciting for us.

What progress did you make from "Terror Kingdom", your first EP, to "Storm Alert"?
I think we expanded our song writing a bit. "Terror Kingdom" was pretty straightforward with some basic song structures in a couple. "Storm Alert" was taking us in a more Metallica "Master of Puppets" direction. There was more variety with acoustic guitars, keyboards with choirs...things we'd never tried in the past. I think our musicianship had improved, also. "Terror Kingdom" was often compared to early Celtic Frost and Venom so we weren't sure how "Storm Alert" would go over. Fortunately, it seemed to reach a larger metal crowd in a mainstream way.

What memorable live shows do you recall from that time?
Wow, so many of them are great memories; Sacred Reich, Death, Dark Angel, Devastation, Flotsam, Death Angel. However, when we were able to play a couple shows on our own in Mexico, Chihuahua and Torreon...now those were incredible! So many people, thousands, to see us as headliners was such a great feeling.

Why wasn't "Storm Alert" released properly?
I think it was released properly for the label we were signed to. Metalcore Records was based in Europe and we were getting a lot of fan mail from there. They didn't have USA distribution and no USA labels were interested. Thrash was fading. We were comfortable knowing it was getting to an area where thrash was alive.

When did you guys decide on throwing in the towel?
Our last show was in Phoenix 1991 with Sepultura and Obituary. Death metal was taking over and we felt like it was time to move on with our lives. The band was great fun. It didn't bother us, it was just the way metal was going and we couldn't get a US label interested in Torture for some reason.

What did you do since?
I pretty much lost touch with guys over the years. We went on to our studies and start families, etc. None of us remained in the music scene, though. I was and am still a big fan of it all. It was interesting, with the "Storm Alert" re-release, to track them down and see how they felt about it. They were blown away to say the least! Our bassist came back into the band and it felt like 1986 again. We officially reformed in 2005 with a couple new guys from Oakland that have added new life new life into the songs.

How did you decide on re-forming and re-releasing the album?

It began in 2003 when I found out that Neil Kernon was now producing at the studio we first recorded "Storm Alert" at called Sonic Ranch. I was a bit surprised that someone like Neil landed there so I began to wonder how "Storm Alert" could sound with his help, just for my own personal curiosity. I contacted Neil and, when our schedules met up some time later, the rebirth began. Neil noticed that thrash was coming back and thought we should send it to a few labels. Surprisingly enough, we had a few labels ready to bring it back to life!

Why the different cover-art?
Escapi Music, our label, felt the first cd cover was too dated. That was entirely their decision. It would be difficult for them to market in 2006 so they came up with a new one that they felt fit the music better.

Were you aware of the album's cult status among thrash fans?
No, not at all. Aside from the reviews in metal magazines, we had no idea what was going on. What a great compliment for a bunch of kids just doing their thrash thing! We are amazed with the response in 2006.

Why was the album called "Storm Alert"?
That song, in particular, was a big change for us and we weren't sure how people would react. Many magazines felt we were in the Venom, Celtic Frost vein but we felt more in the Metallica, Megadeth vein. When we wrote a song with acoustic guitar and keyboards and a soft intro, we felt it opened up new doors for us.

The album's lyrics have several parts that seem to contain a theme of the loss of innocence, in tracks like "Dwell Into Surreality" and "Slay Ride", was that intentional?
Much of my songwriting is heavily influenced by horror movies like "Hellraiser" and "Prince of Darkness" and bands like Slayer and Venom. My songs turn into short horror stories of their own sometimes because of that. No intentional reason, just a metal fan!

What now? Will the band release new material?
We have some new songs written that we are recording demos of so we can get them down better. They're very much the same style as "Storm Alert". We are hoping to get to Europe in the near future to play some dates, also!


That's it, thanks for doing this interview!
Alon Miasnikov
לשתף |
blog comments powered by Disqus