Among the countless thrash bands active in Germany in the 80's, Paradox were among the few which made a lasting impression, with such classic albums as 1987's Product Of Imagination and 1989's Heresy. After doing a comeback in 2000, the band went back to hiatus for six more years, recently announcing the release of a fourth album – Electrify, which will be released through AFM records. We spoke with the band's mastermind, just now recovering from years of health problems and some tragic personal affairs: 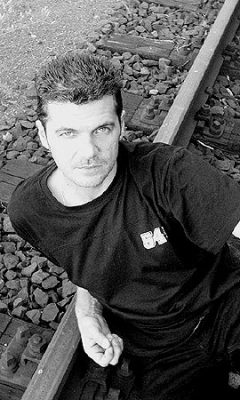 Hi Charly! I'd like to start with current events in the band, what are you doing now?

Well, now I'm back from hospital after 2 years of illness. Two times looked death in the eye, but I fought.
I have the new songs for the 4th Paradox - album .

I broke with Alex and Oli Holzwarth, cause I wanted to have a really band which is practising and playing live. This wasn't be possible with the Holzwarth brothers in the past. They don't have enough time anymore for paradox, because Alex is playing with Rhapsody and Oli is playing with Blind Guardian. Also they started a comeback with Sieges Even. I don't want paradox to look like a project, so I decided to quit with them.....

Here is the new line up:

When can we expect new material to be out?

We plan to release our new album (Elctrify) later in 2006.

Why has there been such a long pause since you've released your last album?

Because of my illness and other sad things in my family. My wife was dying, my father, my grandma, too. Another girlfriend was dying by herself. The problems with the holzwarth brothers did the rest so I had no head for writing good paradox songs.

I understood you had problem singing for a while, what's the status with that?

This is a problem I will have over my whole career, but no fan wants to hear another singer for Paradox So I will stay but I can't be playing a tour day after day. Just several one night shows or festivals. If I sing too long I get a knot on my voice.


The Holzwarth brothers started out in Paradox, are you in contact with them?

After the break, we didn´t see each other again, but they wrote me a friendly mail. We will stay in contact.


Are you still signed with AFM Records?

Yes, but after the death of our label boss the contact is not as good as it was before. So i will see how much interest they have into us when they hear the new songs.. Andy Allendörfer (ex label boss) was been a big fan of Paradox.

You were always the basis of the band, do you write all of the material for it?

I composed the whole music for paradox, but the lyrics for Collision Course were written by Kai Pasemann. Peter & Nigel Vogt did it for Product of Imagination and Heresy. 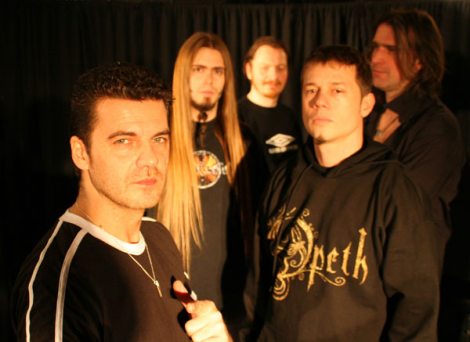 A bit of history, How did you guys start out, and when?

Why did you break-up originally?

Axel Blaha left the band in 1990, because he grew out of heavy metal and quit playing drums.
Roland Stahl left the band, because he had a job in Switzerland and no time anymore.
Markus Spyth is still playing music. He is playing in a cover band. Here in germany you can get a lot of money for that, but it's not my world. I like to play some cover versions, but my priority is writing original music by myself.

What caused you to unite the band for Collision Course?

In 1998 I went to the Bang Your Head festival I met Alex and Oliver Holzwarth over there. We knew each other from the 80`s. Alex told me that he and Oli wanted to play this kind of music I write. This was a big chance for me and I thought about a comeback for paradox,
In 1999 I got a phone call from the organizers of the Wacken Open Air festival, Also I had enough songs written in 1990 before we split. I asked the Holzwarth brothers and they did it.


One of my all time favourite thrash albums is Heresy, which told the story of the Cathars, are you still interested in History?

Peter & Nigel Vogt who wrote the lyrics for Heresy were living in a castle in south france,
They had the idea to write about the history about the heretics and cathars.
It was a dark time in history, and a good theme for an album we thought and took it.
I'm very interested in history and what's been happening on this world were we live.

Is there a chance of the first two albums being re-issued?

I feel there's a growth in the classic thrash scene all over the world, and in Germany specifically, with bands such as Assassin and Vendetta re-forming, is that something you've felt as well?

Not at all. There are too many average bands, but only the best will survive. Vendetta are neighbors of us. I was playing with them in 1983 !!

What kind of live shows did you do lately, and what live shows are planned for you?

The last show we´ve played on the Bang Your Head festival 2001. Now after 5 Years break we'll do the next comeback. We play the Keep-It- True Festival on the 8th of April 2006 together with Exciter, Ross The Boss, Riot and Solitude Aeturnus... kickin' some ass again!!!


That's it, thanks so much for doing this interview!

I have to thank you. Metal Up!