Though they only released one full album in the past – Prophecies Of A Dying World, the band has made a name for itself as a legendary technical thrash/death outfit. It came as quite as a surprise when the band announced its releasing a new album – "The Burning Ground", through Xtreme Records, we sat down with guitarist/vocalist to find out more about the band's past/present: 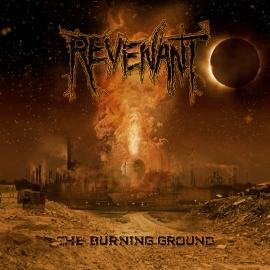 Hey Hank, I'd like to start with the new album, How would you describe the album to someone who doesn't know the band?

The Burning Ground is a journey into the crypts that house the early days of the NY/NJ death metal scene. Revenant was, together with Ripping Corpse, Immolation, Mortician, and a few others, one of the first bands of the NY/NJ death metal underground. The songs span the band's entire career, and feature much of the heaviest Revenant material. The CD should be of historical interest to fans, especially the booklet. I wrote a short essay about the scene, and there are tons of photographs from that ancient time. Xtreem Records did a great job putting it together, and fans should support the label's "Cult Series" dedicated to the old bands.

How many of the songs were specifically written for the album and
how many were written before the band re-grouped?

All of the material was culled from old master tapes. Some of it was unreleased, while most of it appeared on rare demo tapes or 7-inch format vinyl. Just to set the record straight, the band did not - and will not - regroup.

How different is it than your older material?

I'll answer the question in another way. The CD is a history of the band's transformation, from the early days when John McEntee was in the band and we played some material with hardcore influences, to the later, pure metal songs that we wrote. 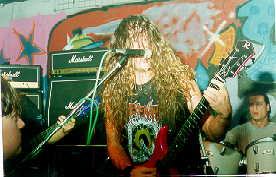 Now some history, can you tell us how did the band start out back in '86?

We formed the band because there weren't many local acts playing material we wanted to hear. The exceptions were Whiplash and Carnivore, and Rigor Mortis from Yonkers. We wanted to write songs that reflected the music we loved: German bands like Sodom and Kreator, Celtic Frost, Voivod, early Sepultura. When we first started playing shows, local fans and bands had no idea what to think. Many of them hated us because we were heavier, faster, and more chaotic than anything they had ever heard. We built up a good fan base playing with bands like Morbid Angel and Immolation in the late 1980's, and then we signed a contract with Nuclear Blast in 1990.

What kind of a thrash scene was there in your area when you started out?

It was mediocre. Like I said, there was the mighty Whiplash from New Jersey, who were - and still are - one of my favorite bands. There were many other bands playing a crossover, thrash-hardcore style, but we didn't follow them. We refined our metal style as the years wore on, and also our lyrics explored different subjects - eschatology, metaphysics, mythology, etc.

Why did John McEntree leave the band to form Incantation?

I don't know why he left; you would have to ask him. He called one day and said he was leaving. I assume it was because the band was in a stagnant period, our new drummer was an idiot, and John wanted to play a more orthodox death metal style. And, judging by his career, he has done it well. People often forget that Incantation was a local Jersey band in the beginning, and they were brewed in the same cauldron that formed the rest of us.

Why did you guys release only one full length album, "Prophecies of a Dying World"?

We were unhappy with Prophecies of a Dying World. We rushed into the studio and we made a record that did not capture our live spirit. It should have been a heavier record. On the other hand, some of the material was decent, especially The Unearthly. The label was also displeased, even though we played a great European tour with Gorefest. The result was a fight with the label, and no more records.

As far as I remember from the album, which I had an LP of back then, it was quite progressive and complex death/thrash, what bands, or music influenced you in writing your music?

We were listening to more technical bands at that time, like Atheist, Death, Cynic. They may have had an influence. 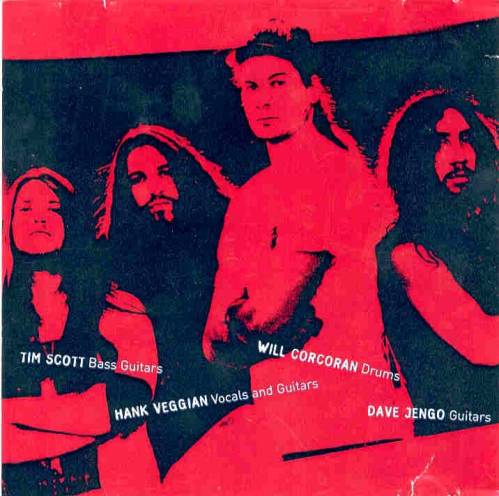 Why were you guys disappointed with the quality of the album's
recording?

It was rushed, on a shitty budget, and, quite frankly, we weren't ready to record in the manner we did. We tracked the record, which meant that all the parts were recorded separately. This is why it feels a bit...disjointed. The studio was also a problem. All of the records made there sounded a bit thin. Our later recordings, many of which are on The Burning Ground, demonstrate our maturity, and also the benefits of working with better engineers in different studios.

The band's lyrics always seemed to be very environmentally related, what is it about the subject that drove you to write about it?

I suspect the stupid cover art on "Prophecies" reinforced that impression. There may be some truth to that interpretation, however, since we grew up during a time when pollution had destroyed our landscape - in the cities too. It's still a problem, but an invisible one. Back then it was more visible. And hey, we were from New Jersey, the "Garden State." Ha!

There were different reasons. Tim moved to Florida and joined Hateplow with Phil from Malevolent Creation. Some of the other guys were tired or busy at work, and I wanted to dedicate more time to my studies at the University. I also think it was a difficult period for the local scene. Many of the clubs were closing or only booking lousy cover bands.

What were you doing as a musician since?

Not much. I played in local bands with friends for a few years. I did some other things. Most recently my old friends from the mighty Ripping Corpse invited me to sing on the new Dim Mak record, Knives of Ice. We had a great time, and I contributed the best vocal performances of my life to that record. The world is not ready for them.

What led to the release of "Overman"?

Alcohol. Dave and I were drinking one night and listening to old tapes, and we decided we loved some of the material. We called the other guys and said hey, let's have Erik Rutan mix this, and press it up for ourselves. We pressed 300 copies for friends and some old fans, and that's it. Most people who hear it hate the record, but we don't care. We never listened to critics.


What does "Overman" mean?

We lifted it from Friedrich Nietzsche's writings. Read them and figure it out.

What are your intentions now that the album is released?

Absolutely nothing. I have an academic career and my family, and that's all I need. Our contribution to the scene is complete. I just hope fans will buy The Burning Ground and recognize that the NJ/NY metal scene of that period was unique.

That's it, thanks for taking the time doing this interview!
Alon Miasnikov
לשתף |
blog comments powered by Disqus