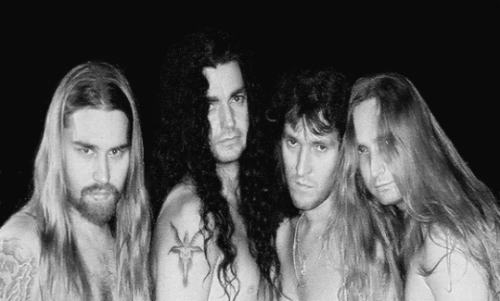 Hey Joerg, What’s currently up with the band?
Well, all things are OK during these days. We are working on new stuff, rehearsing old songs….

Can we expect a new release sometime soon?

Definitely during 2006. We have nearly all songs for our new album finished in writing & arrangements. ahhh...the pre-producing sounds very heavy!!!!

How does the band sound today in comparison to your earlier material?
No really different than the old days…it's still TAUR …thrash…old school just like our old idols POSSESSED, EXCITER, HALLOWS EVE etc.
the new songs sounds a little bit like the "death metal" EP. 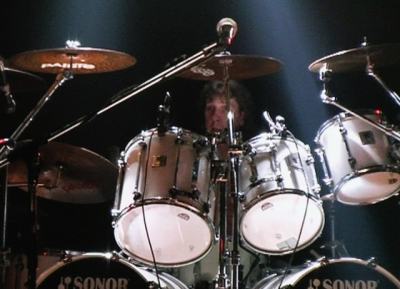 About the band's history, when and how did you guys start out?
We started Minotaur in early 1983 after getting in touch with the first Metallica demos.

What's the line up status in comparison to your original one?
From the really original one is only me as the drummer left. All other members changed during all the years. Andreas is a long time member, his voice and his song writing makes the `TAUR sound.

What can you tell us about the making of the classic Power Of Darkness album?
We recorded it in about 5 days plus 2 days mixing it. If ya compare it to now days productions it was a sooooo cheap one…..but we had so much fun making it….we were all soooooo pissed during the recordings... we'd even more booze in the studio than guitarz. 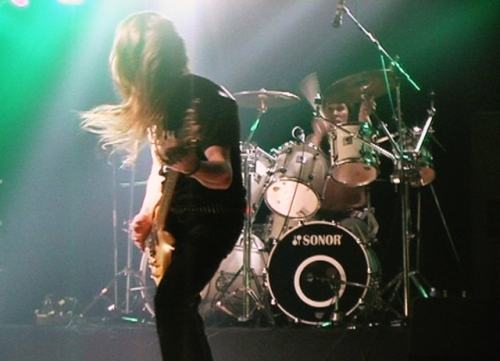 What bands did you meet or did gigs with during that time?
During the last days SODOM,HOLY MOSES, and few bands from the underground….

What did the band do after the album was released?
After the last release in 1993 I took a big break and so did Minotaur……but sleeping seems not to dead as usual…..now I and me friends awake and we are back from the dead…….


Why have there not been any releases for the band since?
The last official "NEW" release was the "welcome to…" album in 1993 ( with different song style and a hmmm what can I say heavy meta singer - it was not really `TAUR….after this we re-released all the 7" singles again on "to the death-records" plus now in 2005 one song on the heavy speed compilation from Midnight Records.

Do you feel that now, with the growing interest in thrash again, the band may resume activities fully?
We don't even care about other bands and/or trends. We always sell a hundred of copies 7" or tape compilations. And we also got sold out festival shows we play……

Are there any plans to re-issue your old material?
The new MINOTAUR album- is in the recording process... wait for it... including two old `TAUR classics
visit us at: www.minotaur-thrashers.de